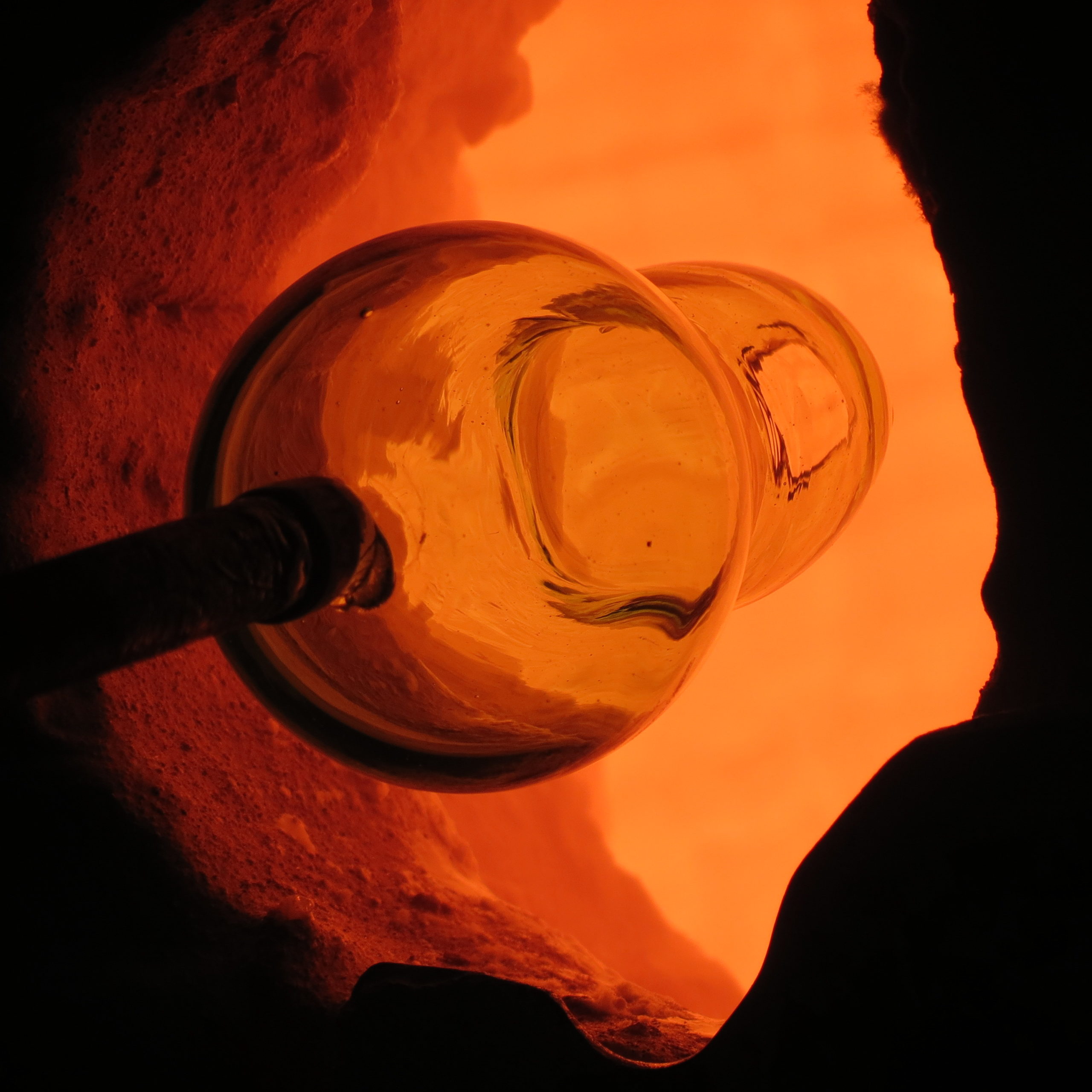 Glass and art of glassmaking

The origin and mastery of glassmaking dates back to 2500 BC in Egypt and in the Near East. The first objects were mainly beads. The invention of the blowing rod in the 1st century BC in Middle East revolutionised this occupation.

Glassblowers’ know-how spread over the centuries, taking advantage of trade on one part, but of conquests and expansions on the other hand, for instance the Roman empire. At that time, glass was used in order to make utilitarian as architectural products – for a domestic of funeral use. At the end of the 1st century, glassblowers’ workshops were located in all Europe. It allowed us to find glassware oven rests and objects which permit us to reconstitute to the best the production of the time.

From the Medieval, workshops have controlled the glass production line. The etablishment of a workshop sometimes required people to make companies, as it was expensive and greedy in raw materials. They therefore involve many professionals: salesmen, woodcutters, farmers. Glassmaking is a craft and agricultural sector.

In the modern period, 16th-18th centuries, the use of glass objects spread out : production expands to luxury and common products. It was used for both professional and domestic purposes. Many items of tableware were found, for example, glasses, goblets or bottles, …

Finally, the industrial era brought intensive production and an increase in trade. In particular, there was an evolution in practices with the use of a new fuel to operate a glass furnace: coal and later gas, which replaced the wood that had been used massively until then.

In Europe, Venice has been for a while the capital of glass, with its famous cristal of Murano. In France, under the reign of Louis XIV, numerous privileges were granted to glass workshops to encourage their activity and break the monopoly of Venice. King Louis XV allow the establishment of a glass factory in Baccarat (Lorraine, France) in the 1740s. It was and still is a acknowledge crystal glassware. Even though the glass is less prestigious than the crystal, it had spread between the 18th et le 19th centuries. Indeed, Lorraine has became one of the main region of europeen glass production.

There are about a hundred glassblowers in France. However, there are diverse techniques of glass making : some are working with torch, stained glass artists, … Each categories are existing industrially as well as artisanally. This craft, ancestral, is still fascinating.